The beautiful Venetian Walls of Bergamo are aiming to become Unesco World Heritage Site. In 2017 10 cities surrounded by walls built by Republic of Venice will candidate themselves to Unesco in Paris.

3 countries (Italy, Croatia and Montenegro) and 10 cities: Bergamo, Peschiera del Garda, Palmanova, Venice and Chioggia with Croatian Korcula, Sebenico and Zara and Montenegrin Castelnuovo and Cattaro. All of them have been fortified by the Serenissima between XV and XVII century following an unique defense project, aiming to create blockhouse cities and not only walled cities.

In order to support the candidacy Bergamo is launching an event taking place 3rd July 2016. Aim of the event will be to beat two records: the largest hug around a monument and the longest series of subsequent hugs.

Target is to involve at least 12.000 people willing to hug along 5 km around the most representative monument of Bergamo, exceeding current record of 10.554 people who met in Canada in 2010 and largest subsequent hug happening in China in may 2016. 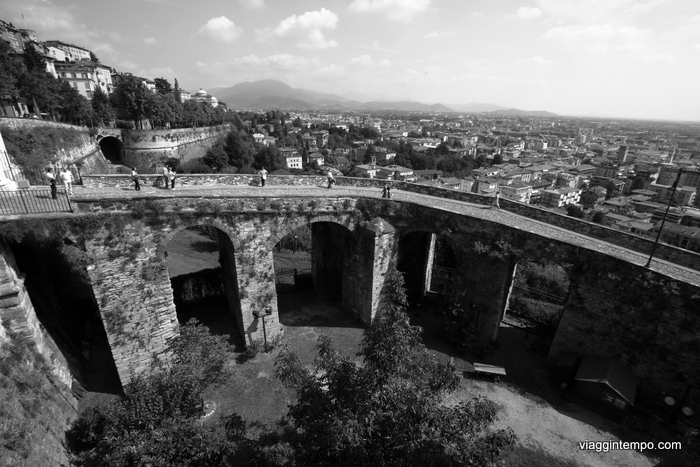 Beating a record will realize the dream of Bergamo to become World Heritage Site.

Participation is easy. You just need to fill an online registration form on http://www.visitbergamo.net . By mail you will receive instruction to get the “Hug the Wall” set an all instruction for the day of the event.